After nearly three years in your financial sector, Saturn moves into the final five weeks of his financial boot camp today. While Venus left last week, with the Sun still here and Mercury returning later next week with the smart head for money needed to start tying up loose ends, the steps you can take now to take your financial power back will have long term implications. 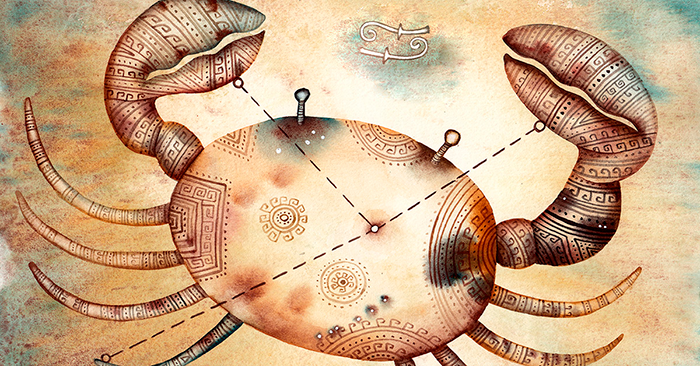 As long as money never sleeps, the root of tomorrow's money success of Cancer is daily efforts for the business.

Before the Moon leaves an intuitive and imaginative part of your chart, as it has done every four weeks for the last three years, a friendly aspect to Saturn in your financial sector will help to fuel your financial confidence, instincts and imagination. However, with Saturn leaving next month and after a friendly aspect to the Sun two days ago, this is a chance to move forward with confidence.

Raise your cash flow with a weekly money horoscope! Because Money has no holidays, even for Cancer.

With no planetary activity in your income sector but a growing amount of focus and attention on money matters, it is no surprise that this is where your attention is being drawn at the start of the week. However, while you will have to wait until the end of the week, the income side of the financial fence will get its turn. The week gets off to a good start with a friendly aspect between the Sun in your financial sector and Mars in an intuitive and imaginative part of your chart peaking on Monday. This is just three days after Venus left and with the Moon also returning to an intuitive and imaginative part of your chart on Monday, this will add to a chance to fuel your financial confidence, instincts and imagination. Meanwhile, it is at the other end of the week that the Moon will not only return to your income sector on Saturday but to begin the lead up to a Full Moon that could lead to not just a breakthrough on the income front but professionally as well.

In any case, Cancer has to plan financial stability. This is the key to success in February 2023.

While Venus left your financial sector late last month, she left you with your financial confidence fuelled and especially when it comes to the confidence to do whatever it takes for as long as it takes in order to turn financial desires into reality. This is thanks to Venus' alignment with Saturn in her final days and just days after the Sun's return had put the solar spotlight on your financial situation and money matters. With Saturn, the planet that can give you the power to move mountains if you have to, in his last full month in your financial sector and due to end his nearly three year visit early next month, this is something that this year you won't be paying lip service two. It was just after Venus left that the Sun also aligned with Saturn and in the closing days of January this took over from where Venus left off, this time with the focus on where you need to take personal responsibility for doing whatever it takes for as long as it takes to take your financial power back. As you move into the new month it is still very much about the 'what' rather than any specific details and for a good reason. What you are waiting for is Mercury's return on 12th February. Held back by a retrograde phase, Mercury will return with the smart head for money needed to get your head in the game, think on your feet and to focus on the when, where and how.Mercury will be here until just a few days before Saturn leaves, with his time here vital for making both short and long term financial choices, decisions and plans. This is something that the Moon will help with when it moves through from 18th February to 20th February, sharpening your financial instincts and ensuring you are emotionally and intuitively engaged. However, it is two weeks earlier that the Moon will return to your income sector from 4th February to 7th February. With no planetary activity on the income side of the financial fence, for a few days the Moon can sharpen your nose for money and act as a trigger. However, it is the Full Moon on 6th February that will make this a lot more potent, especially as it comes with the support of all four planets in your career sector.