While the Moon left your income sector two days ago and a friendly aspect between Uranus here and Mercury in your career sector is separating, they are still working in harmony and as a team. With Mercury leaving your career sector later next week there is more focus on getting the wheels moving on the career front, knowing that things will keep evolving on the income front. 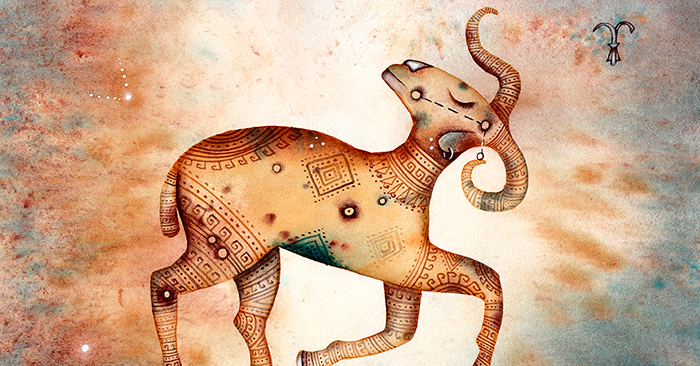 Thanks to the Moon's recent visit to your income sector and a friendly aspect between Uranus here and Mercury on the career front, all the focus has been on the income side of the financial fence. While that momentum will continue, the Moon and Venus are getting together to shift the focus onto the other side of the financial fence for the next few days. This is something that can give money matters a boost and some much needed attention.

Money is not everything in life. Sometimes this is the key to money success as well!

Money has no holidays, even for Aries. Let's raise your cash flow with a weekly money horoscope!

While the Moon will leave your income sector on Monday, even just starting the week here alone was going to get the week off to a good start. However, the Moon is here as a friendly aspect between Uranus here and Mercury in your career sector peaks, for the third time in just six weeks. It was just seven days ago that Uranus turned direct in your income sector, with Mercury having turned direct in your career sector four days earlier. As well as a chance to start the week with your nose for money sharp from the start, the Moon is helping to keep income and career matters in lockstep. The last time Mercury and Uranus came together they were both in retrograde motion and holding things back. That is not the case this time. In the meantime, a friendly aspect between Venus, the planet of money in her first full week in an intuitive and imaginative part of your chart and the South Node in your financial sector that peaks on Friday can fuel your financial confidence, instincts and imagination.

Aries have to plan financial stability. This is the key to success in money horoscope February 2023.

While there might not be a lot of forward movement on the income front this month, there will be a sense that the tide has turned as well as a growing sense of anticipation. By the time we move into the new month Uranus, the last of the four planets that began the year in retrograde motion to turn direct has only been in direct motion for nine days. As a slow outer planet, it will take weeks if not months for Uranus to build up speed but then time is something that you have plenty of. However, it was Mercury's direct turn in your career sector four days earlier and their friendly aspect just days later that has given this financial and professional year the green light. It was in the closing days of January and just as Mercury and Uranus had moved into a friendly aspect for the third time in just six weeks, that the Moon made its first visit to your income sector since the tide turned, allowing you to move into the new month with confidence. With Mercury leaving your career sector on 12th February and Pluto in his last full month here, the main focus will be on gaining professional momentum and traction, trusting that the money will follow. This gives Uranus a month to settle into his new direct phase before Venus returns to your income sector next month. It is the planet of money's return that will normally create what can be the most lucrative weeks of any year. That will still be the case, but this will be eclipsed by Jupiter's return in May and the start of your biggest year for income growth and expansion in over a decade. So while things might be slow to move on the income front this month you are playing a long game, with a growing sense of anticipation. You will have a better read on this when the Moon makes its last visit to your income sector before Venus returns from 24th February to 27th February. This is something that can sharpen your nose for money and act as a trigger, while the Moon will give you a better read on money matters when it moves through your financial sector from 12th February to 14th February.