In the lead up to the Moon's return to your income sector tomorrow, this is an important point in any month for having your antennas up while keeping an open mind. Especially with the Moon not only coming full circle from a Full Moon four weeks ago but in the heart of Venus, the planet of money's first full week in your career sector. Coming up are a defining few days across the income, work and career fronts. 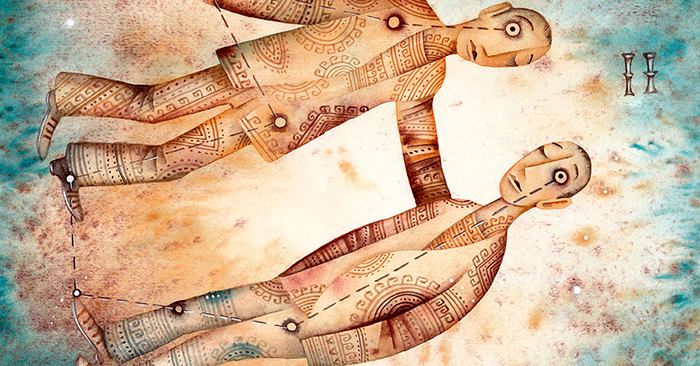 As long as money never sleeps, the root of tomorrow's money success of Gemini is daily efforts for the business.

Just having the Moon return to your income sector in the heart of the working week is an advantage. Even more so when it is in the heart of Venus, the planet of money's first full week in your career sector and she is moving into a friendly aspect to the South Node on the job front. Coming full circle from last month's Full Moon, this kicks off what could be an electrifying few days across the income, work and career fronts.

Raise your cash flow with a weekly money horoscope! Because Money has no holidays, even for Gemini.

An important week on both sides of the financial fence might see some competition between the two but this will be isolated and for the most part, is a chance to gain some real traction on both the income and financial fronts. To begin with, it is all about your financial situation and money matters, with Mercury moving into his last full week in your financial sector just as a friendly aspect to Uranus in an intuitive and imaginative part of your chart peaks. This is the third time they have come together in just six weeks but this time both are in direct motion, bringing together Mercury's smart head for money and Uranus' ability to think outside the square. Meanwhile, it is on Thursday that the Moon will not only return to your income sector but coming full circle from a Full Moon four weeks earlier could bring unexpected developments. What makes the timing auspicious is that it comes right in the heart of Venus, the planet of money's first full week in your career sector.

In any case, Gemini has to plan financial stability. This is the key to success in February 2023.

On both sides of the financial fence, there is a growing sense of confidence, even though there is only planetary activity on one side. For now, all the action is in your financial sector, the side of the financial fence where the focus is more on what you do with and how you manage the money you have. That is always the case at not just this time of year but even when there is planetary activity on the income front, there will still be a need to keep an eye on the bottom line. Or at least that has been the case, with your sixth sense picking up on change in the air that is fostering a sense of anticipation on the income front, even though there is no planetary activity there. With the Sun not returning to your income sector until towards the end of June each year and the faster planets always travelling with him, it is rare to have planetary activity here at this time of year or even on your radar. However, what you are picking up on is the implications from Mars' direct turn in Gemini last month, something that is good news for you personally, but also means that the warrior planet is finally on his way back to your income sector. Mars won't return until later next month, but his return two days after Pluto leaves your financial sector means he will have a completely clear run. This is already creating a sense of anticipation, that as well as sharpening your nose for money and acting as a trigger the Moon will amplify as it moves through your income sector from 2nd February to 4th February. This will see the Moon clash with Mercury and Pluto in your financial sector, something that happens with every monthly visit. However, with Mercury leaving on 12th February and after nearly 15 years Pluto is in his last full month, the long reign of money matters over income potential is coming to an end. First though, this is a month for getting your financial ducks in a row, which the Moon will help with when it moves through your financial sector from 16th February to 18th February.