In the lead up to the Moon's return to your income sector tomorrow there is a chance to first make the most of Ceres' final hours in your career sector and a chance to first set your professional priorities. Yet while the money gods are taking a wait and see approach on the income front it is a different story on the other side of the financial fence, with Mars' financial passions and fighting spirit taking on a new sense of resolve. 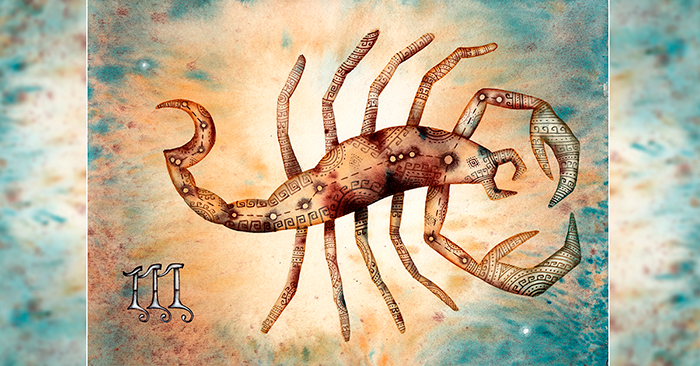 As long as money never sleeps, the root of tomorrow’s money success of Scorpio is in daily efforts for the business.

Right in the heart of a major alliance between Mars and Saturn, something that is adding resolve and determination to the warrior planet's financial passions and fighting spirit, the Moon returns for its monthly visit to your income sector. With no planetary activity on the income side of the financial fence, the Moon returns to sharpen your nose for money and act as a trigger but also to give money matters some healthy competition.

Raise your cash flow with a weekly money horoscope! Because Money has no holidays, even for Scorpio.

This will prove to be an important week on both sides of the financial fence though it is not until the second half of the week that this will become clear. However, things get off to a good start when the Moon not only returns to an intuitive and imaginative part of your chart on Monday but as a New Moon. This is the Moon's second visit since Mars' return to your financial sector and a friendly aspect before leaving on Wednesday can fuel your financial confidence, instincts and imagination while adding fuel to his financial passions and fighting spirit. After nearly six weeks in your financial sector, these should be Mars' final days but instead of leaving, by the time the Moon leaves on Wednesday he will not only be slowing down but will have formed a friendly aspect to Saturn. This brings Mars' warrior spirit and Saturn's steely sense of resolve together, just as there is a chance to take your financial power back. Meanwhile, the Moon's return to your income sector from Friday to Saturday can sharpen your nose for money and act as a trigger.

In any case, Scorpio has to plan financial stability. This is the key to success in September 2022.

This is not usually an active point in any financial year and that includes on both sides of the financial fence. It has been over two months since the Sun left your financial sector and he doesn't return to your income sector until November each year, making this a fairly quiet part of any financial year, with just the Moon's monthly visits keeping things active. While it is still the case that there will be no planetary activity in your income sector until November, until she leaves your career sector on 5th September Venus, the planet of money will be doing her best to steer this professional year and career matters in a lucrative direction. Venus will always have an eye on where the money is and along with Jupiter in your work sector, she could get the month off to a lucrative start.However, it is on the other side of the financial fence that things are really firing up and in a totally unexpected way. Two months after the Sun took the solar spotlight off your financial situation and money matters, Mars returned on 20th August to fire things up again. It has been two years since the warrior planet of the cosmos was last here and during the six weeks that he will normally spend in your financial sector, he will fuel your financial passions and fighting spirit in a way that brings a real chance to take your financial power back. This should keep Mars here until the final hours of the month or into the early hours of next month, with his final days always coming with the most urgency. Yet while your financial confidence, passions and fighting spirit will continue to build and especially with growing support from Saturn, even towards the end of the month the usual urgency will be missing. That is because instead of preparing to leave Mars is slowing down ahead of a retrograde turn later next month that will keep him here until March 2023. Instead of being Mars' only month in your financial sector, this is the first of a seven month visit, something that is taking you into unfamiliar territory. You have never had Mars in your financial sector this long before, with the rest of this year and into the early months of next year to take your financial power back. You will have a better read on this when the Moon moves through your financial sector from 16th September to 18th September.