Thanks to the Moon's departure from your income sector yesterday your nose for money is sharp as Venus joins the Sun here today. As the planet of money, Venus returns to begin what can be the most lucrative weeks of any year but rarely with the kind of support that is evident from the start on both the job and career fronts. 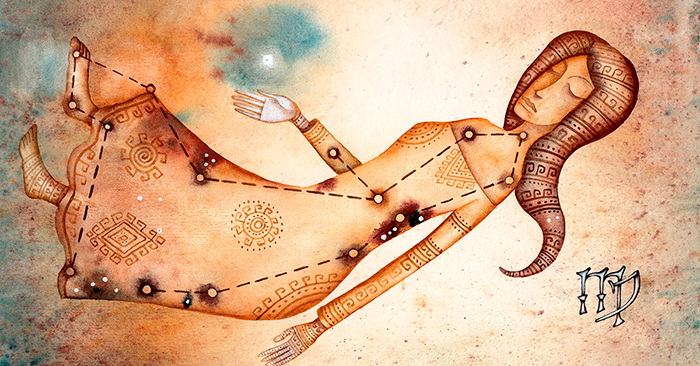 As long as money never sleeps, the root of tomorrow’s money success of Virgo in daily efforts for the business.

It is just as Venus is spending her first full day in your income sector and of what can be the most lucrative weeks of any year that a major alliance between Mars on the career and Saturn on the job front is creating some major professional momentum. It has not only been decades since you have had this kind of resources to draw on but especially at a time year when your income sector is active.

Raise your cash flow with a weekly money horoscope! Because Money has no holidays, even for Virgo.

The Moon's return to your income sector on Monday would always be a case of good timing, allowing you to move into the new working week with a sharp nose for money and a lucrative sense of direction from the start. However, this is no ordinary monthly visit nor is this an ordinary week. Even without the Moon, having returned on Friday the Sun's first full week in your income sector is not just shining the solar spotlight on your income situation, matters and options but just as the stars are starting to align on the job and career fronts. Before leaving on Wednesday the Moon will connect with what is now a formidable line up of forces across the income, work and career fronts, just as they are beginning to work more as a team. That in itself would be an advantage, but as the Moon aligns with the Sun to create Monday's New Moon this creates an opportunity for new beginnings while energising planets on the job and career fronts as well.

In any case, Virgo has to plan financial stability. This is the key to success in September 2022.

While the Sun's return to your income sector on 23rd September is one thing that you can set your watch to, with the solar spotlight always shifting onto your income situation, matters and options at the same time each year, this is something that you already have a head start on. It was late last month that Mercury became the first planet to reach your income sector, beginning the first planetary activity on the income front for the year with his trademark smart head for money and a chance to get your head around your options. Normally here for 14 to 15 days and having returned four weeks ahead of the Sun and already here for six days by the time you move into the new month, Mercury should be long gone by the time the solar spotlight shifts onto your income situation, matters and options.Instead, a retrograde turn on 10th September will keep Mercury here just long enough to ensure there is no gap or drop off, with this smart and intellectually savvy planet leaving less than 12 hours after the Sun's return on 23rd September. This will ensure there is continuity while after 13 days in retrograde motion will leave you with a smart head for money, 20/20 hindsight but with a chance to look to the future. Mercury will be gone by the time the Moon not only moves through from 26th September to 28th September but to create a New Moon here just hours after returning. This will also ensure your nose for money is sharp when Venus, the planet of money returns on 29th September to begin what can be the most lucrative weeks of any year. With Mercury returning next month, Mars in his first full month in your career sector and with support from Saturn in your work sector, this is not only a game changing month on the income front but the start of some game changing months across the income, work and career fronts. At the same that things are only just now opening up on the income side of the financial fence, the planets on the other side of the fence are likely to welcome the competition and especially Jupiter, with the planet of luck and expansion now in his last full month in your financial sector. There will be clashes and there might be some financial tension from time to time, but the conditions are so good on both sides of the financial fence that it won't take much to turn this into motivation.