Having the Moon not only in your work sector but bringing things together across the income, work and career fronts as Saturn moves into his final five weeks in your income sector is more than a fleeting advantage. The Moon is connecting with planets that will help escort this powerful planet into the final steps of a nearly three year visit, giving you the confidence to stand your ground and when it comes to what you deserve, do whatever it takes for as long as it takes. 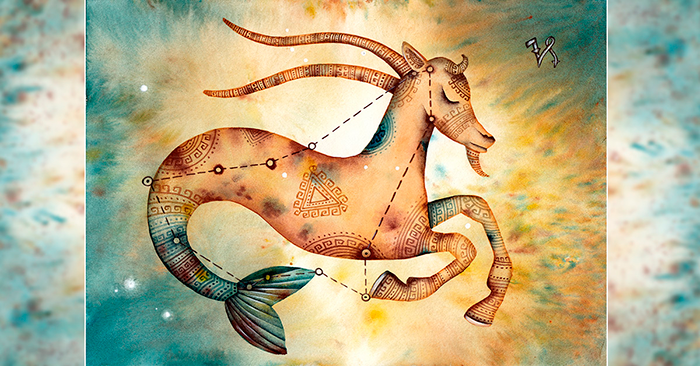 As long as money never sleeps, the root of tomorrow's money success of Capricorn is daily efforts for the business.

As it has done every four weeks for much of the last three years, the Moon is spending its final hours in your work sector at a friendly aspect to Saturn in your income sector. The difference this time is that with Mars back in direct motion and ready to move work and job matters forward and Saturn leaving your income sector next month, this is helping to combine a drive to get things moving on both fronts.

Raise your cash flow with a weekly money horoscope! Because Money has no holidays, even for Capricorn.

The Moon's return to your work sector on Monday was always going to get the week off to a good start, ensuring your instincts are sharp and you are emotionally and intuitively engaged. However, this is not just an advantage professionally but financially as well, with the Moon returning just as a friendly aspect between Mars here on the job front and the Sun in your income sector peaks. It was just three days earlier that Venus left your income sector, with the possibilities she left you with now in the hands of planets that can make things happen. As the Moon moves through it will also form a friendly aspect to the dwarf planet Ceres in your career sector, getting the week off to a good start across the income, work and career fronts. Meanwhile, it is later in the week that the Moon not only returns to your financial sector on Saturday but to begin the lead up to a Full Moon that will give money matters a much needed boost.

In any case, Capricorn has to plan financial stability. This is the key to success in February 2023.

Because the Sun will always spend the first three weeks of February in your income sector, the solar spotlight is always on your income situation, matters and options at this time of year. However, even before the Sun returned in the latter part of last month a lot of water had passed under the bridge and that includes over recent months and even in the early weeks of the year. The year began with Saturn on his own in your income sector but with support and two friendly aspects to Mars since he returned to your work sector in August for what is normally a six week visit. With Saturn in the final months of a nearly three year visit, this has been empowering on the income and job fronts. However, with Mars still in his longest retrograde phase in your work sector in three decades and Saturn still on his own in your income sector, you may have begun the year feeling high on hope and resolve but slow on being able to do anything with this. That began to change when first Venus, the planet of money returned to your income sector in the New Year and then just 10 days later Mars turned direct. Then, eight days later the Sun not only returned to your income sector, but a New Moon two days later came just as Venus and Saturn aligned, for the last time here for another three decades. Over the course of January, this saw things one by one come online, to a point where as you move into Saturn's last full month in your income sector you have the desire, will and the resolve to do whatever it takes for as long as it takes. With Mars also in his last full month in your work sector, this is happening in tandem on the income and job fronts, this is the month that everything until now has led up to and everything from now will lead on from. While the Sun will leave your income sector on 19th February, Mercury will return on 12th February with the smart head for money needed to get your head in the game and to think on your feet until just a few days before Saturn leaves. Meanwhile, the Moon's return to your financial sector from 4th February to 7th February and a Full Moon on 6th February will give money matters a much needed boost.