The earth element ruling the sign of Capricorn gives people in his daily routine born under this horoscope constellation practicality and prudence. This sign is not called restrained and cold for nothing, but if you read its characteristics, you will learn many other features in the behavior of Capricorn people.

Due to their outward coldness, these people are able to control their behavior perfectly. Rarely can a Capricorn man publicly lose his temper, because he does not allow himself such violent displays of emotion, considering such behavior wrong. But this does not mean that the Capricorn man does not experience deep feelings, just that he is used to hiding them deeper.

This sign is practical, has a down-to-earth outlook on life, it is not able to go along with emotions. Capricorns set goals for themselves, patiently and painstakingly achieving them. Despite the reticence and restraint in behavior, they take a long and careful selection of their mate, carefully and discreetly observing. Sometimes it is impossible to understand how Capricorn really treats you because they are equally polite and reserved with people around them.

In their career, they can go long, scrupulously to the intended goal. Capricorns can be quite good leaders if they are willing to remove excessive passivity and aloofness from the common cause. Another hidden character trait of people of this sign is a tendency to tyranny because they like to insist on their own, despite their own wrongdoing.

Surely, today is not the only important day for Capricorn. But specific chance to make efforts for future.

If you felt unsure about taking a relationship to another level or partnering up with somebody for the first time recently, clarity could arrive now. You could see the benefits or disbenefits of bonding or collaborating in a new light. Whatever insights or intel arrive, you're likely to base any decision on facts more than speculation. But if it feels like your intuition has a louder voice, trust it. 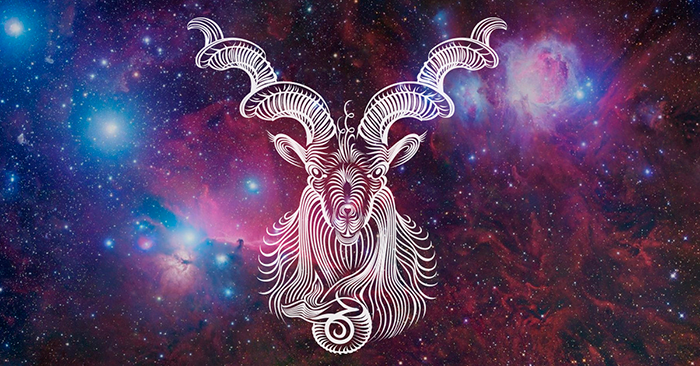 See if you can improve or restore communication with someone. Sure, if all is quiet, then maybe everything is fine. Asking, though, wouldn't hurt. In fact, as the Moon connects with Venus influencing how you express yourself, some kind, loving, and encouraging words could go a long way. You have the time and can summon the effort. It's just a case of seeing both as important enough.

Basically, every day in a week can be significant. Without a doubt, this is the good reason for Capricorn trying to make these days better.

The Sun intensifies matters relating to money, but the Sun's connection with Mars fighting your job corner could move something work-related up a notch quicker than anticipated. So, think carefully about your next move, but also accept that you cannot give your full attention to several projects at once. Take on one task at a time because success relies on gradual progress, in true Capricorn style!

On the 5th, a Full Moon illuminates money disconnected from what you earn, such as investments, rebates and inheritances. However, the Moon links with Uranus, so an unexpected financial development may need you to turn on a dime to resolve it. But if one source of cash ends, you can trust the door opens for another to arrive. The New Moon on the 20th could reinforce this, too. Could your unique Capricornian creativity lead to a healthier bank account?