Pisces complete the cycle, daily being the last sign in the horoscope. One of the most contradictory and mysterious natures is undoubtedly Pisces. Despite the apparent softness and emotionality, people born under this constellation are not as simple as it seems. They conceal many "pitfalls" in his restless soul.

Softness, sentimentality, and high sensitivity characterize both women and men of this sign. At the heart of the personalities, Pisces hides a volcano of emotions and emotional experience. This sign can not be called strong and decisive, rather the opposite, the Pisces people need guidance and a strong hand to pull them out of the captivity of dreams.

As a child, Pisces, first faced with the cruelty of their peers, often become the outcasts of the class. Pisces need socialization, but socializing with other children makes them uncomfortable. They especially need the support of parents - only with their help can babies avoid the fate of the outsider.

Quiet and shy, in their younger years. They are afraid not only to defend their opinions but even talk. But growing up, Pisces realize what their strength lies in. Nature has endowed them with an outstanding intellect and memorable appearance. It's just these qualities are manifested over the years.

The water element makes the sign "floating" in many important decisions, Pisces like to be in their imaginations, they give themselves to the flow of the water, avoiding real life and achieving their goals. People of this sign are rightly called empathetic and understanding others, they can not pass if someone needs help.

Pisces have great intuition and propensity for creativity, they turn out to be gifted individuals if only their inherent laziness and indecisiveness don't get in the way.

Surely, today is not only important day for Pisces. But specific chance to make efforts for future.

Think of how the hands of a clock only move forward. Change always involves progression. Of course, there are times when we don't see it that way! An unexpected change can be seen as one huge spanner stuck into the works of something ticking along comfortably. But rather than see a change as an unwelcome development, see it as a timely and helpful addition to an ongoing plan. 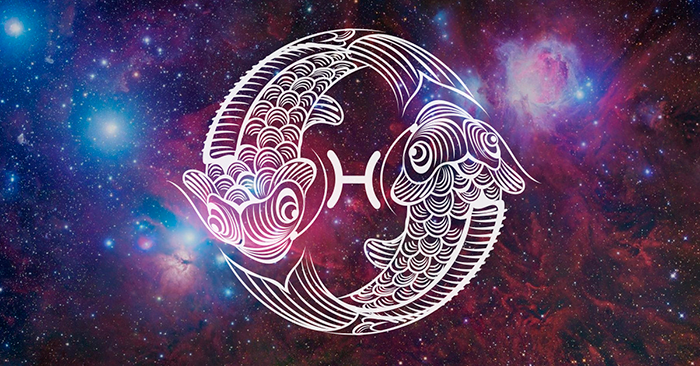 So – should you choose Door Number One or Door Number Two? You might not experience the frustrating or annoying influence of a studio audience shouting suggestions at you. But you could feel torn between two possible options. Much depends on your willingness to take a risk. However, if you feel even a tiny bit courageously inspired now toward one option, there's your answer!

Need answers about relationship Pisces? Of course read it!

Basically, every day in a week can be significant. Without a doubt, his is the good reason for Pisces trying to make these days better.

Years ago, there was a TV cartoon character called Snagglepuss. One of his popular catchphrases was 'Exit...stage left!' This was said when trying to avoid trouble. Where you might be expected to address or resolve something, you too could be tempted to do a disappearing act. If stepping back briefly from an issue helps you see it realistically, then fine. But if you do so only to avoid what needs attention, you can be certain the matter has no intention of disappearing!

Need more money? In any case, tap to this button:

Horoscope for Pisces for October 2021

Imagine you're flying to an unfamiliar destination. You've seen enough pictures to have an understanding of what to expect. But what if they are misleading? What if, instead of heading somewhere inspiring and delightful, you're on your way to a place that couldn't be further from your expectations? Where a cherished plan or ambition is concerned, push aside doubts. You might be heading somewhere unknown but may have misjudged how welcoming and ideal it is!